Your Family Deserves the Best.
The Best is Academy Learning.

We Take a Whole Child Approach to Tutoring The K12 Education Project is hard…

Parents and students need an Ally;

How Can We Help? Book a Discovery Call with Salli

About Our Founder/Director, Salli Ford

“You really go to his school and meet with his teacher?” The father of a struggling high school student could hardly believe his ears. The director of AfterSchool Academy was offering to meet with the student’s teacher in order to collaborate on their success. This concerned parent was looking for some extra help from a tutor. He found a tutor for sure, but he also found a Founder and Director who was a passionate dedicated professional who was willing to go the extra mile for their son. Since AfterSchool Academy, now called Academy Learning, opened its doors in October of 2013, Salli Ford and her team have served countless families and students. Over the years that have passed, Salli built a reputation for always working in collaboration with classroom teachers, and always taking into account the whole child, the family environment, and any out-of-school factors.

Academy Learning offers K-12 Tutoring managed by a Credentialed K12 Advisor and delivered by a dynamic Academic Mentor, a graduate of a 4-year college/university. But what seems to make Salli and her team at the Academy stand out is their philosophy of collaboration with the school and teacher. Salli sees a key role for the Academy in leveraging every possible resource available to help a child succeed, starting with the parents and classroom teacher and extending to the efforts of the Academy staff and to study tools and technology. As a parent herself, Salli recognizes what a daunting challenge parents of school-age children sometimes face. She says her reward is hearing parents say “thanks for giving us back our family time.”

Salli Ford grew up in Auburn and attended Loretto High School here in Sacramento. She went on to Creighton University in Omaha, NE and earned a B.S. in Environmental Science with a Minor in Spanish. She then moved to Boston to work in an innovative all-girls middle school called Mother Caroline Academy (MCA). The mission was and is to intervene in the lives of at-risk, inner-city girls with intensive academic formation in order to prepare them for very competitive high schools and colleges. MCA demonstrated to Salli the importance of the 5th-8th grade years in preparing the student to become lifelong learners and of parent involvement. “My passion to teach started with my students in Boston.” says Salli. “I was with them from early morning, through after-school activities and into an evening study hall. Motivating them to succeed was my whole life.”

Salli later enrolled in the Lynch Graduate School of Education at Boston College. By the time she completed her M.Ed., she had gotten married and started a family. Salli taught science in an inner-city high school and Biology as a Teaching Assistant at Boston College. She later worked as a Director of Admissions and as an Administrator with special needs students at Lesley University. Over several years spent raising her children in Dallas, Salli founded her own Summer Science Camps before going back to the classroom here in Sacramento to teach Science to grades K-5.  One aspect of Salli’s vision – the AfterSchool Advancement program – was inspired by her two oldest children. They both do very well in school and, even after homework and sports, have a lot of free time. Salli and her husband felt her own and other kids would benefit if the structure and accountability of a school environment could be extended to lengthen the day and include some “electives”. This idea is included in a part of the AfterSchool Advancement program called “Explore, Challenge, Learn (ECL).” The Advancement program is customized for each student based on an interview with the parents and student.

Over the years since Academy Learning was launched, Salli and her team accumulated invaluable, daily student, parent and teacher feedback which in turn prompted changes and improvements. All of that experience is being leveraged to write the next chapter, Ally/Academy Advisors (k12ally.education), which promises to be the most exciting period yet, and, we hope, contribute in meaningful ways to innovation in K-12 education. Stay tuned. 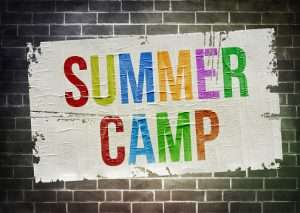 Now get out there for some summer fun… and learning?! Our Return to the New Norm